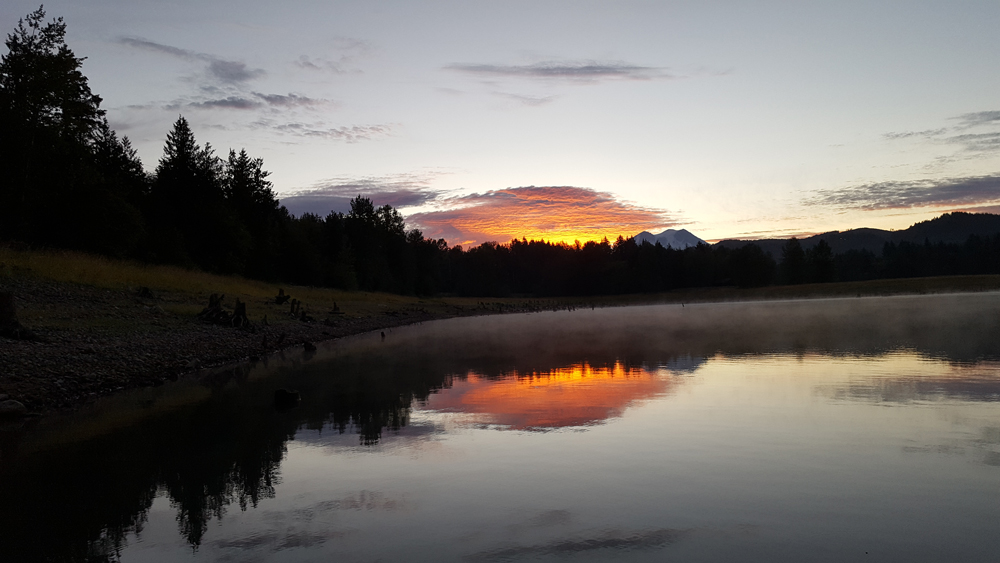 We care for and empower people of all ages—from early teens to elders—and all physical capabilities from high-level professional athletes (mountain guides) to people wanting to have less back pain walking to and from the kitchen.

In the summer, much time is spent committed to serving the mountain climbing and guiding community of Mt. Rainier. 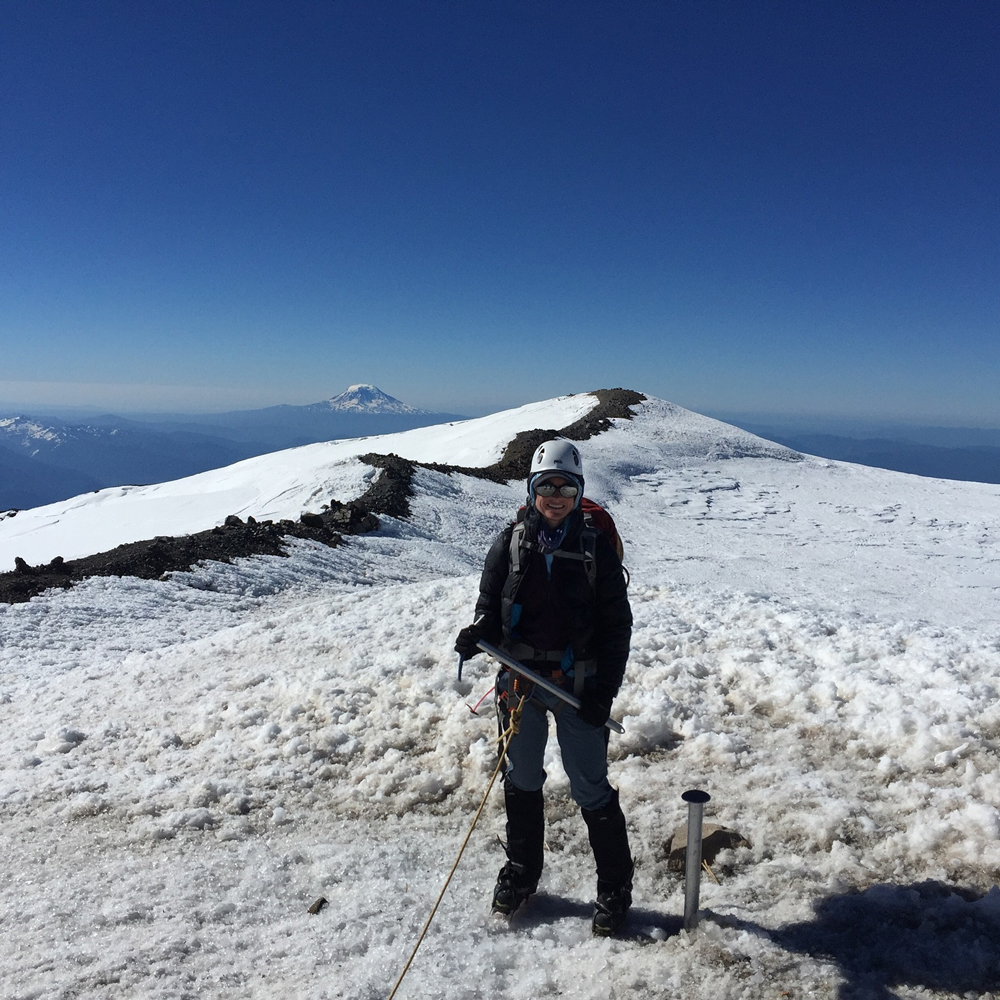 It was the day before I was to begin my attempt to climb Mount Rainer and I had tweaked my back. I contacted Jillene at Mountain Time Wellness and she had me on her massage table in a small peaceful cabin within an hour. What she did was magic. Undoubtedly the best therapeutic massage I have ever had. She is also very friendly and a great conversationalist. And oh yeah, I summited Rainier two days later. Don’t believe I could have done it without her. Jeff T. 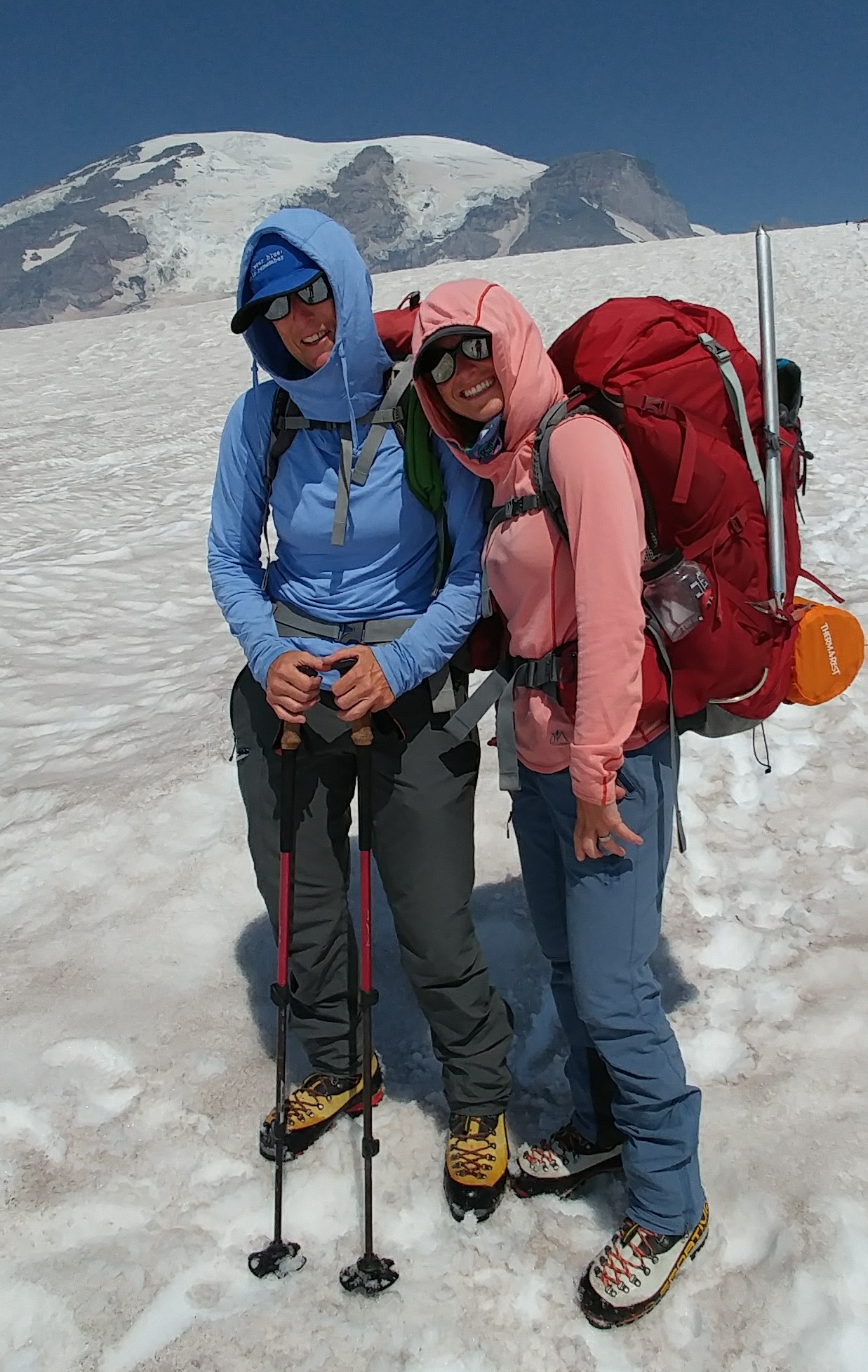 “I appreciate the personal stories of my clients. Their greatness within, the light and love within their hearts and souls are my inspiration,” she says. “I am humbled and honored to be able to be of benefit and service and witness the empowerment my clients receive by expanding their awareness and sensation of improved well-being through the alignment and balance of their mind, body, emotion, and spirit within themselves and within the healing environment of mother nature. Through our time spent together I am grateful and blessed to be able to share with my clients tools of Well-Being alignment and balance to overcome the stress of living in a fear-based culture, such as self-care physical alignment corrections, exercises, meditations, nature therapies, energy techniques, biomagnetism, and sound vibrational alignment technniques, allowing them the exploration and discovery of their unique balance and peace within themselves to feel in closer alignment to the vibration of Well-Being that is their higher self and purpose and a connectedness to all of the Universe.”

“World Peace must develop from inner peace. Peace is, I think, the manifestation of human compassion.” ~Dalia Lama XIV

In preparation for my Mt. Rainier summit, I twisted my ankle pretty severely climbing Mt. Whitney in the California Sierras. There was A LOT of pain in my foot. The pain was so bad that I was convinced that I probably wouldn’t be able to summit Mt. Rainier. I showed up just to try to bare through the pain and make it to Camp Muir. By pure dumb luck, I found out about Jillene and her Physical Therapy practice in Ashford on the RMI property. WHAT A GOD SEND!!! She worked w/ me for two hours over two days to get my foot in hiking shape. I’m not sure if it was black magic or just pure skill but by the time my climb started, I wasn’t feeling the pain in my foot. I fully endorse and recommend Mountain Time Wellness to ANYONE who needs to get their body in a condition to hike Rainier. I went from hoping to make Camp Muir to summiting Rainier. Thank you Jillene! You helped me at the last minute make my climb a success from a stupid injury. Matthew B. 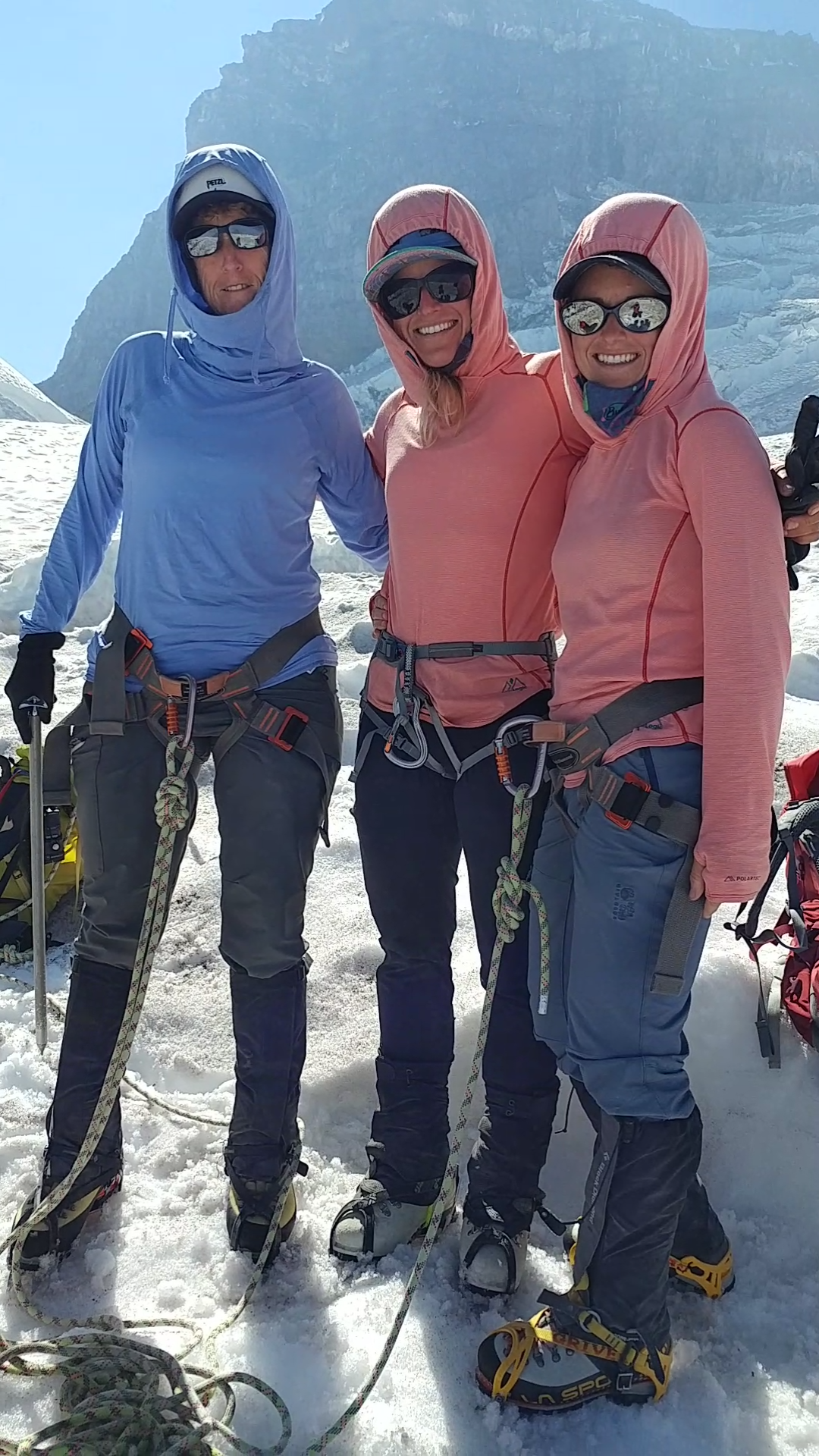 Mt. Rainier August 1-3, 2017 with Ann Smith, a woman overcoming the limitations of Parkinson’s, guided by volunteer mountain guide Solveig Waterfall, and accompanied by Physical Therapist & Nature Well-Being Guide Dr. Jillene Lund. It was an experience that Ann thought she would never be able to have due to her Parkinson’s symptoms.

It became an adventure that allowed us to experience the truth stated best by the Dalia Lama XIV,

“Compassion is the radicalism of our time.”

Feeling the tears of unbelievable joy, roped up and gifted to be ascending glaciers on Mt. Rainier with two inspirational women whom I am honored to call friends, one our amazing volunteer mountain guide and one overcoming Parkinson’s. In gratitude for the journey that brought us together. A journey that allowed me as a physical therapist and Nature Well-Being Guide to be of benefit and service to these two magnificent beings assisting them in overcoming past physical limitations that at one time prevented them both from climbing. Joyful to be in the presence of such greatness, to be gifted the skills and tools to share with these two beautiful souls, to be a part of their success story, to be a part of their inspiration, to share our vulnerabilities, to be linked to their strengths, together to be guided to expansion, and to never settle for a life not fully lived.

In the heat of the day our journey towards the summit of Mt. Rainier began and 14 hours later ended at Camp Muir in the breath of dawn, saluted by the glory of the upcoming sunrise. A journey of one rest step at a time, being in the present moment was the recipe for returning home safely, focusing on the past and future unnecessarily drained energy, and the rhythm of each individual step was felt through the whole rope team. We were supported by others along the way, by mother earth with great climbing conditions and by the cosmos with the big dipper in reach, the moon shining her light on us, and venus as our star of Bethlehem.

Our rope team halted as we began to ascend a very steep portion of the Emmon’s glacier. It was at 13,500 feet that Ann’s fear and fatigue had decreased her ability to move freely, a common symptom of Parkinson’s, she became frozen in fear with the question of whether she could safely continue towards the summit knowing she had the descent in front of her or if she needed to turn around to safely return to basecamp.

We experienced as a rope team at 13,500 feet, the absolute felt TRUTH and KNOWING that this momentum of fear had the potential to kill us and we needed to find a new momentum. What we found was the power of compassion that when shared with each other transformed fear into inspiration allowing us to feel the space of the present moment where the greatness within and unlimited possibilities exist.

What occurred during that sunset climb, through shared compassion was greater than reaching the top of any summit, from at one moment being frozen in fear unable to take a step up or down a transformation happened through the presence of seven hours of unwavering compassion descending to basecamp. In the descent surrounded in the light of compassion Ann’s Parkinson’s symptoms diminished. She found her voice and was able to speak loudly to express her needs and emotions, she went from an unconscious state of fear back to her conscious state of greatness, her strength and her stability returned, she began to trust in her steps, and began moving more freely letting go of rigidity.

The most miraculous moment was following a three hour nap at basecamp, witnessing Ann descend the Muir Snowfield as if she had no Parkinson’s at all, allowing herself to trust each step in the momentum of the slippery snowfield and descending gracefully with smiles even after a couple of falls. It is my humble honor to share Ann’s story for she is a true inspiration of greatness.

Michael J. Fox reported having a similar experience of diminished Parkinson’s symptoms while visiting Bhutan, to film a documentary titled the “Adventures of an Incurable Optimist”. Bhutan is the only country that has adopted the government policy that the well-being of its people should take preference over material growth and is more concerned with the measure of the country’s Happiness Index than the Gross National Product. Michael J Fox equated the improvement in his Parkinson’s symptoms while hiking in the mountains of Bhutan most likely due to being surrounded on a mass scale with such happiness of people’s thoughts and actions. Both stories are magnificent examples of how Parkinson’s symptoms can be diminished while being surrounded in happiness and compassion. We all have the ability to share these powerful energy states within the beauty of nature in the present moment freely and limitlessly to all life around us to diminish dis-ease and allow the return to a state of ease.

“Love and Compassion are necessities not luxuries. Without them humanity cannot survive.” Dalia Lama XIV